Preparing the next generation for the algorithmic age. Mike Walsh: Final Keynote Speaker at Ulearn 2018. 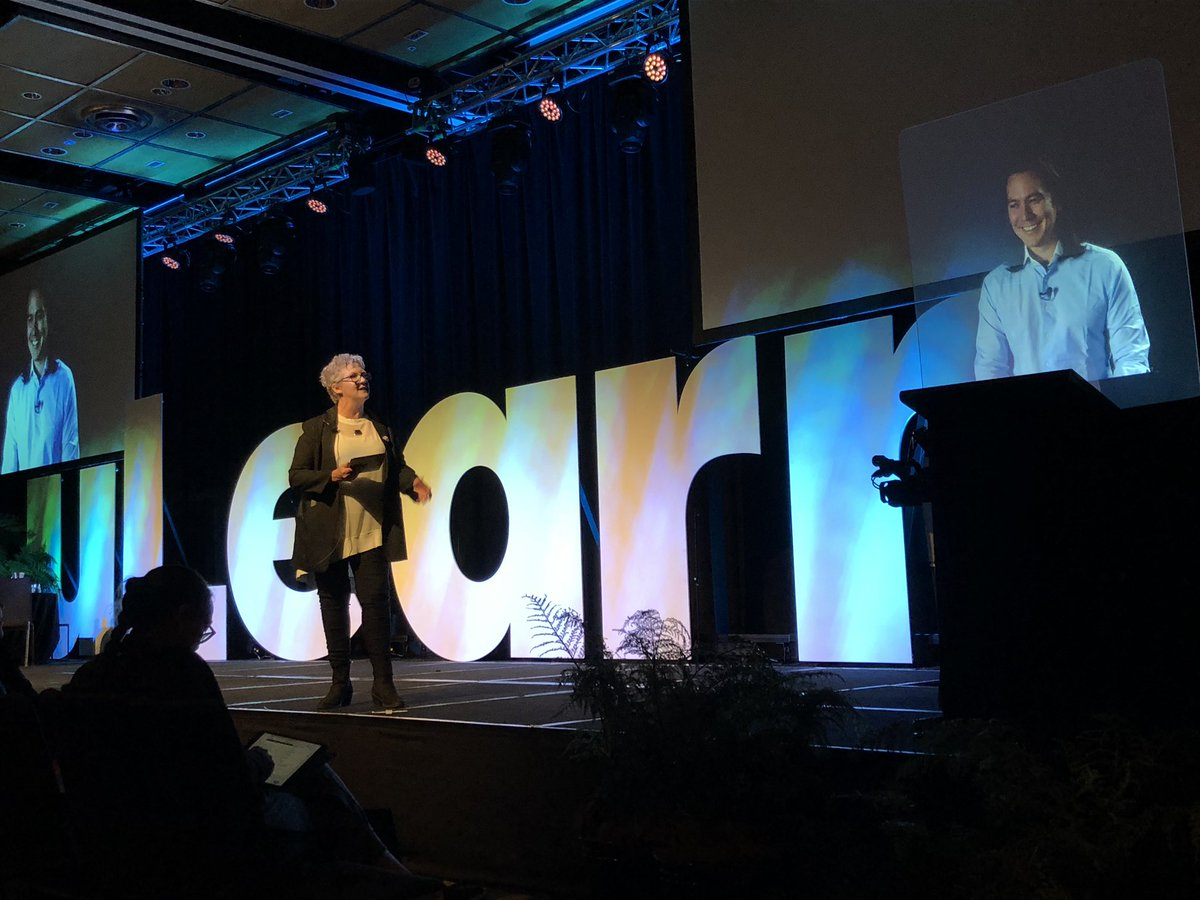 Ulearn 2018 was both eye opening and energising as we rubbed shoulders with educators from around the country and from around the globe. Finishing up the three day event was key note Mike Walsh. Walsh is a futurist who travels the globe researching and talking to companies and groups about thinking and innovation which addresses the world of constant change that we live in. He joined the audience via a video presentation initially, then Helen Cooper from Core Education interviewed him via hologram projected onto a clear plastic screen, which was an odd sight, yet somehow perfectly normal at the same time.

Walsh discussed a reality where we cannot avoid ‘big data', analytics and ‘machine thinking’. Therefore, we have to prepare our children and students for this digital world, where our services are more and more likely to be run through a digital platforms. He gave the example of beggars on the street in China who ask for money via a Q Code rather than cash. In China platforms such as WeiShing and WeChat dominate. Walsh is positive about this future ahead. Believing that technology and automation will free us up to give more time to our children and learning in the future. He sees great potential in digital tools, environments and artificial intelligence that can assist teachers and parents to help learners reach their own potential.

What does he think education will look like in 20 years? Will classes, teachers and schools disappear to be replaced with online courses? He provided us some respite from the relentless focus on a digital future by reinforcing the importance and power of people working, in ‘full resolution’. He sees the future as being a blend of human and artificial intelligence. In his view it will not be entirely digital or online, it will be a combination, the screens will be less visible but DATA and algorithms will be prevalent in informing decisions. However, human imagination, intelligence and empathy will always be needed even in the face of AI, even if computers can process patterns and information millions of times faster than we can. ..Whew!

Some lessons for the future from Mike:
It was heartening for me to see that his final message was an emphasis on philosophy, ethics and critical thinking as these are a passion of my own and something we have been developing within the ACCoS, particularly at EGGS in the last three years. Walsh discussed the example of Facebook in relation to this last point. In the scandal which broke in 2017, where it was determined that Mark Zuckerberg and Facebook did not break any laws in allowing Cambridge Analytica to use Facebook data. However, Facebook did break the trust of users and broke moral laws. Bringing ethical issues around data and privacy and the effect of algorithms on democracy to the forefront of discussions. These are issues we will need to address with our students now and in the future.