The Leadership Change: From What You Do to Who You Are

On Thursday, the 5th of September, many members of ACCoS met to engage in two presentations by John Peachey and Chris Bradbeer, respectively, who invited us to reflect on the way we perceive and apply leadership and collaboration in our roles. I believe it is fair to say on behalf of all who attended that we were left challenged to consider how we conduct ourselves as professionals and gained a deeper understanding of the sort of mentality we should strive for concerning these areas. 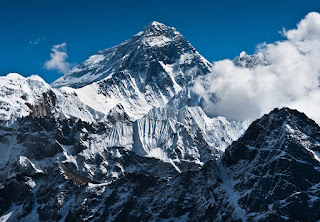 In the first lecture, titled “We Are Sherpa”, John Peachey took a narrative approach, describing the life and challenges faced by many climbers who have attempted Mount Everest (successfully and not). The ambitions and risk-taking mindsets of these people were inspiring in their own right, as they pushed their physical and psychological boundaries with the full understanding that there would be no help if the slightest mistake lead to their downfall. The success of NZ mountaineer, Edmund Hillary was also explored; not only was his work ethic discussed, but the effective way he used the platform his success placed him on. His leadership in the community parallels with the rules of climbing a mountain: just making it to the top doesn’t count as success. You make it as a team, and the climb doesn’t count unless you make it back down.

Even with the schools he opened, the people he inspired, and other positive outcomes that form his legacy, the key point of Peachey’s message was none of these would have happened if not for his Sherpa, Tenzing. Sherpa are the spiritual keepers of the mountain. Their job is to put their lives on the line so that others can have a moment of glory on the summit. They know the mountains better than anyone else and use their knowledge and ability to lift others into places they can succeed without the spotlight that the hero gets. While there are different leadership styles, and there certainly isn’t anything wrong with having your moment on the summit, as leaders, John’s encouragement is that we seek to be like the Sherpa: humble. Asking ‘how can I help you get there rather than ‘let me show you how it’s done’. A trusted guide. 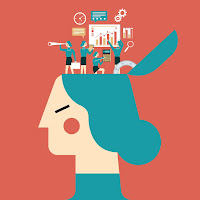 In a similar vein, Chris Bradbeer discussed the meaning and application of collaboration in the context of education and its significance to leaders. When involving ourselves in projects and initiatives, there are many blockers to successful collaboration, from differing opinions as to what constitutes as progress to the risk of escalated tension. Collectively, we defined collaboration with ideas such as appreciation for others, sharing ownership of ideas, and taking part in discussions. In order for any of these descriptions to be successful in action, the driving component is building trust among those involved; among other ways of building this, they can be well summed up by ensuring there is consistent and effective communication from leaders. This promotes strengthened relationships, which leads to more honest feedback, which results in better decisions made. In order to carry out effective collaboration, it isn’t so much an imperative that everyone agrees; but by taking these measures, you progress in creating an environment where there is an active willingness to support the group’s direction.

While these two seminars were conducted in different styles and focused around different topics, there was a complimentary quality in the way Peachey and Bradbeer encouraged us to be the most effective kind of leader. People lead in different ways, but the tools they presented had a common emphasis on the importance of empowering those that you interact with. By doing so, leadership changes from what you do to who you are.